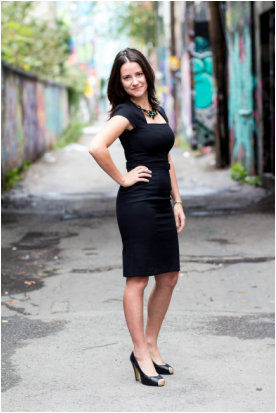 Bicycle Opera and Toy Piano Composers are gearing up for Travelogue, four new operas that explore travel by bicycle, car, and rocket ship.

This week we spoke with Monica Pearce, one of the co-founders of Toy Piano Composers. We’ve known Monica for a while, and programmed her opera, Cake in 2013. 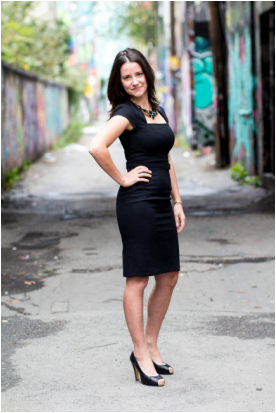 What is April about?

April is about a woman, Lucy, taking the long way home on her bike on the Don Valley trail, as the sun is setting. In a dream, she meets her partner Peter for the first time – she, cautious and polite, he, all-in with over-the-top friendliness.  Through the journey home, she is coming to terms with an important decision.

Last summer, I was at an opera workshop called Opera Presto in New Orleans where I was faced with the interesting and very difficult challenge of writing an opera in one night. The opera that we wrote – Persephone – with a libretto by Traix Heiden, was about an astronaut going on a mission to Pluto while her husband was sick at home. She goes into cryogenic sleep for the flight and she is dreaming about memories of her and her husband. Writing this opera made me really want to explore setting a contemporary love story, and to try and incorporate dreams into it.

I came up with the specific idea for April last summer, and outlined the whole story in one go while I was on a plane. It’s rare that an idea comes to me in such full form all at once, so I knew it was special. 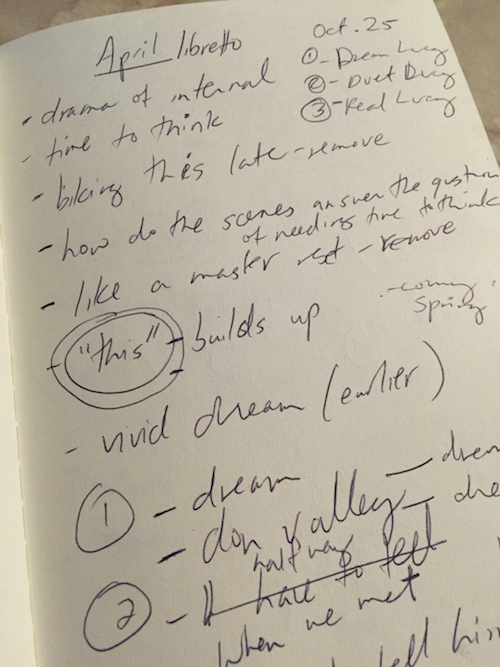 Would you say this piece is a continuation or a departure for you, compositionally?

This feels very much like a continuation and evolution of my operatic writing – both in terms of the libretto and the composition. I have sometimes written my own libretti but I haven’t for a couple of years, so it was really refreshing to come down to this aspect of the creation. I loved working on it, and I had some great help from Linda Catlin Smith (this is actually the fourth opera libretto she’s helped me revise) and some great insight from Julie Tepperman. Musically, it’s slightly fuller texturally than some of my previous operatic works, which tend to favour sparser textures.

Is there anything you’d like audiences to know before watching the premiere?

What I love about writing contemporary opera especially is that you can take experiences from everyday life and really give them the dramatic framework they deserve. This is something I strive for in my operas. I hope this story is relatable, and that people will connect with Lucy (the protagonist).

I love this theme. I travel a lot and really enjoy it. I think it’s probably because we travelled a good amount when I was a kid, so it was never a big scary thing. We lived in Australia for a year and a half when I was 12 and we travelled around Europe and the States around that time as well. I’ve travelled a lot to the States in the last couple of years, both for fun and for work. It’s such an amazing thing to be able to travel for creative work especially – getting to meet new people and have your music performed in other places is such a wonderful part of being a composer.

Probably a hybrid – I love the city but there’s nothing like some great trails.

Of course – my brain is my best asset.

How many killometers would you consider riding in one day?

I think I could probably do around 100 or a little over, if it was flat and with zero wind. Two summers ago I biked the length of Prince Edward Island over three days – 273 kilometers. It was so beautiful, especially near St. Peters which is right by the beach. I hope to do it again soon! 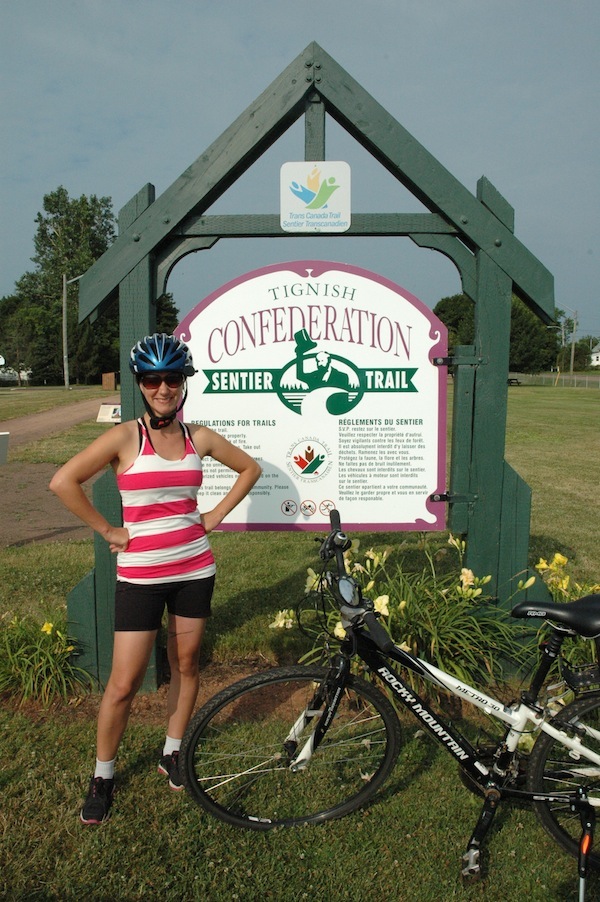 I would love to bike around Ireland.

Travelogue premieres in Toronto April 1st and 2nd at 8 pm the Arts and Letters Club, and is part of Toy Piano Composer’s Curiosity Festival.Tickets and show information HERE. Single tickets now available for only $15 in advance