We are so pleased to announce the details of our 2015 Nova Scotia tour!

Beginning in Baddeck, Cape Breton, Bicycle Opera will embark on a nine-day East Coast tour, including five performances of our brand new production: 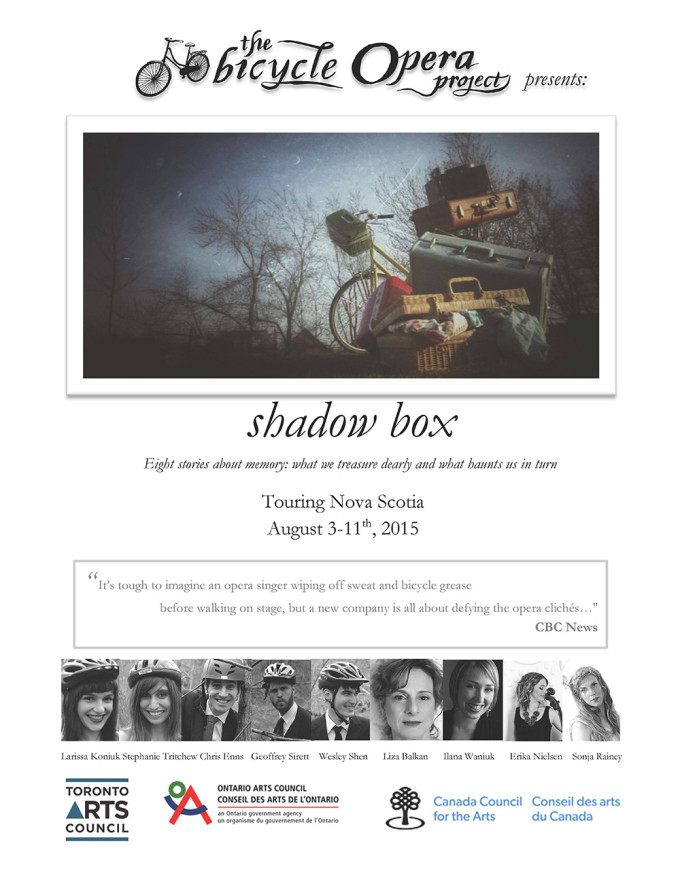 shadow box is a collection of eight contemporary opera scenes, but with one vision – exploring our mind’s relationship to memory: what we treasure dearly and what haunts us in turn. Audiences should expect something very different from shadow box; a single narrative experience.

“ There’s a new kind of opera riding into town.” – The Toronto Star

The Bicycle Opera Project is the world’s only pedal-powered opera company.  Founded in 2012 to present high-quality and accessible opera in unique venues via the bicycle, the company presents a car-free alternative to touring.

“…many people in their audience are first-time opera goers, who delight in the company’s unconventional approach.” – CBC The National News – Arts & Entertainment