Bicycle Opera helped open The Bells of Baddeck last night at the Alexander Graham Bell National Historic Site, joining 20 other singers, a piano trio and a creative team that includes visitors from Toronto, as well as many talented locals from across the East Coast.

The site-turned-theatre was filled with supporters of this ambitious project including parents of the many talented children in the production, the supportive Parks Canada folks, and perhaps most special, actual Bell descendants: the great grandchildren of AGB and Mabel and their grandchildren. 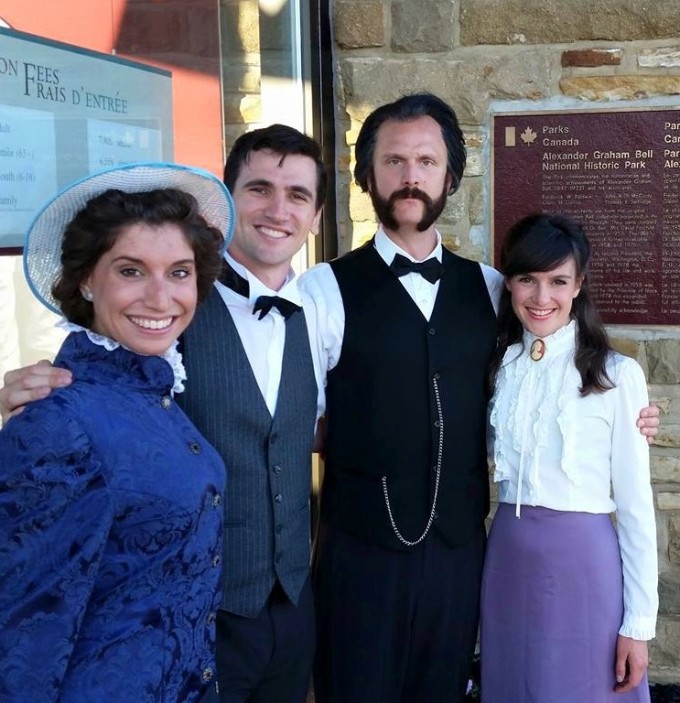 Bicycle Opera is fortunate to be cast as artists in residence for this incredible project. Bicycle Opera participants include our four returning singers, Larissa, Steph, Chris, and Geoff, as well as new member Erika Nielsen who has her carbon-fibre (read: trailer-proof) cello along for the ride. After two and a half weeks of rehearsal, our residency has barely begun; we get to live here in Cape Breton for 4 more weeks, since the show enjoys a full month-long run. How lucky are we?

A month-long run of contemporary opera? How can this be?

The Bells of Baddeck is a new music drama by librettist, creator and all-round superwoman Lorna MacDonald and Composer, Dean Burry. Lorna has undertaken major research over the last three years, collaborating with the Bell descendants, the museum staff and countless local partners to create this brand new work that tells the story of ABG and Mabel Bell:

From kites and flights to schools and libraries, Alexander Graham and Mabel Bell changed the world. Deaf from childhood, Mabel never heard the ring of the telephone nor the roar of the Silver Dart, but she became one of the century’s most influential advocates for women, children, the arts, and science.

From their headland overlooking Baddeck Bay they found repose from the hectic life that followed the invention of the telephone.

Here, in a newly created music-drama, is the story of the great inventor and his wife who came to Cape Breton and fell in love with its people, music, and Gaelic charm.

Lorna has assembled a seriously stacked cast and production team for this project and we’re lucky to be a part of it. Joining our Toronto entourage are Allison Angelo (Mabel Bell), Giles Tomkins (Gardiner Hubbard and Glen Curtiss), John Kirby (JAD McCurdy), and Stephanie Higgins (Elsie Bell). Cape Breton’s own Robyn Cathcart (Casey Baldwin), George MacKenzie (Melville Bell), and Cameron Jones (Gilbert Grosvenor) join us along with a merry band of Cape Breton kiddies who continue to blow us away every day.

Seriously. The kids are amazing.

I guess you could say Bicycle Opera is a fan of Dean’s. Last year’s tour included an excerpt from The Brother’s Grimm and this summer’s touring production, shadow box  includes two Burry pieces: Dreaming Duet from Bells of Baddeck itself, and Submission, a new creation out of Tapestry Opera’s Composer-Librettist Laboratory with a libretto by David Yee.

Remember how we mentioned Lorna is a super woman?

Well the Bell family homestead, Beinn Bhreagh isn’t actually open to the public. It’s being preserved by the family, to (hopefully) be made a historic site for Mabel Bell in the future. The actual Bell museum is built across the Bras d’Or Lake, and its visitors regularly plead with the museum staff for a peak into the actual “Big House” where the Bells lived.

Lorna somehow arranged for us to be taken on a private tour of the estate, guided by Bell’s great grandchildren, who shared their family stories and their love for this magical place. 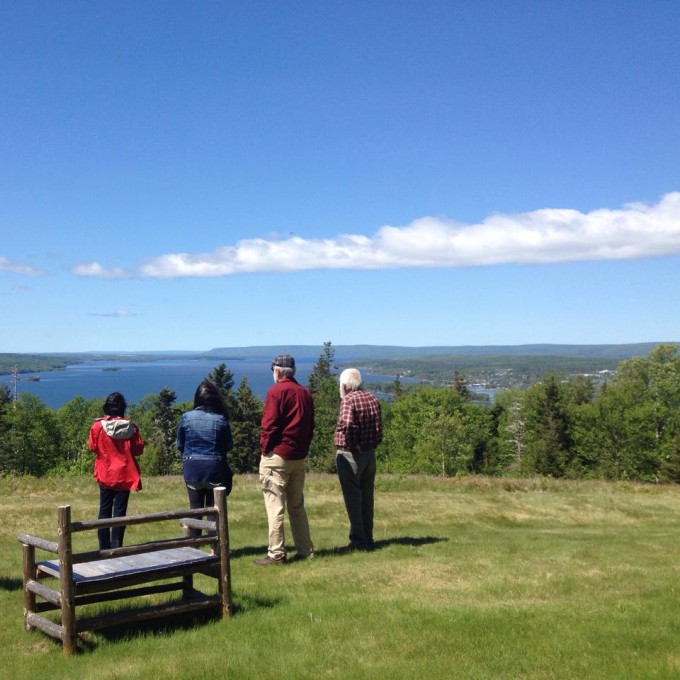 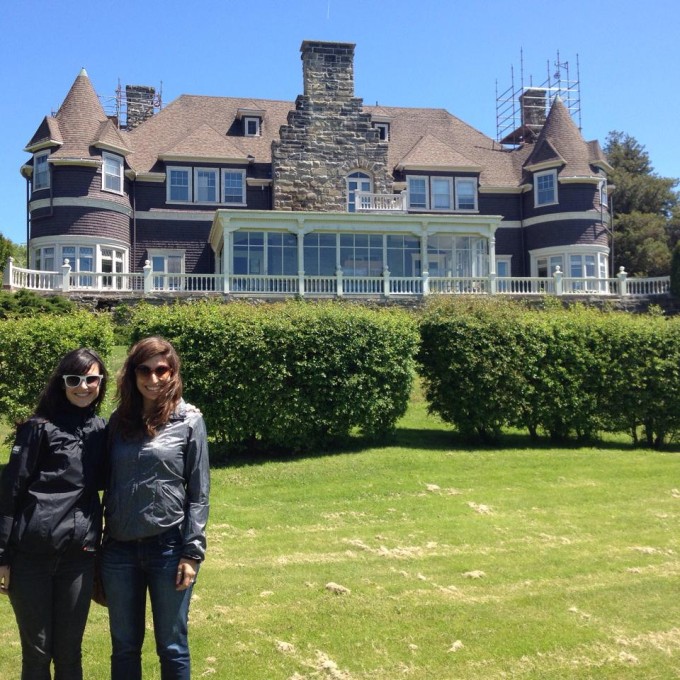 Thank you Hugh, David, Martin, Gardiner and Beverly. We were truly honoured and moved to meet you and experience Beinn Bhreagh with you.

And guess what? We had a full house for opening and were thrilled that so many Bell descendants were there with us. 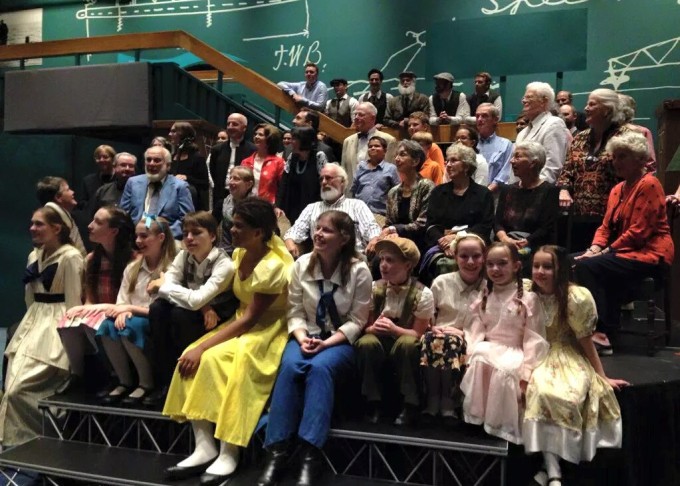 Cast and creative team pose with the Bell descendants

Thanks for reading, and now onto show TWO of 19!!

You can read more about The Bells of Baddeck here including cast info and ticket information.

And listen below for a CBC radio interview with cast and creative team including some rehearsal snippets. -Larissa