Originally named Ship Harbour (after the harbour on which it is located), Port Hawkesbury built ships for the timber export trade in the early and mid 19th century, such as the brig James – the subject of one of the earliest ship portraits in Canada.  The port further developed in the 19th century when railway connections arrived, and is now the second largest port in Canada, second only to Vancouver, British Columbia.

Port Hawkesbury also has a rich history of arts and culture, and is currently home to many festivals, signature cultural events, and great performance venues.  The contributions of its arts  organizations and participants contribute immeasurably to this town’s quality artistic community.

The Port Hawkesbury Civic Centre, built only 10 years ago, is now the central hub of the community’s social infrastructure. 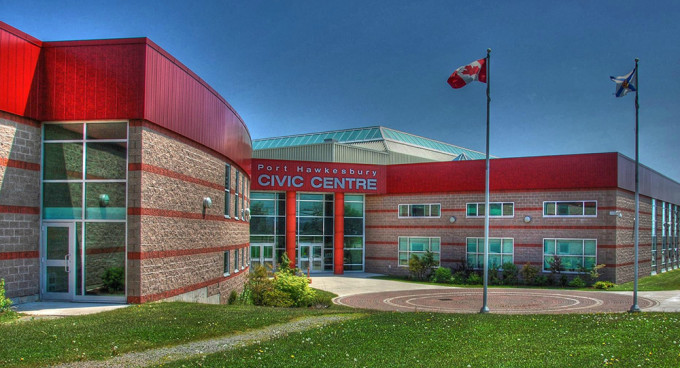 A perfect fit for our 2nd Nova Scotia performance, the innovations used in the construction of the Civic Centre make it a “green building”: more efficient and easier on the environment and its users.

Speaking of “green”, BOP will make its first trek (87.4km of sweat… and tears – it is, after all, our first ride!) from Baddeck to Port Hawkesbury.  Carrying with us our set, props, instruments, costumes, and a unique fusion of quality performance and ecologically responsible touring.

Don’t miss our 2nd performance of shadow box:  a collection of eight contemporary opera scenes, but with one vision – exploring our mind’s relationship to memory: what we treasure dearly and what haunts us in turn.