If I was a glass half empty kind of guy I would tell you a harrowing tale about our last few days.

A tale of detours, hills, bad roads and another knee injury…

But you know what? I’m more of a silver linings guy, and now that we’re all settled safely into our beds in Truro I can tell you that glass is so much more than half full.

Seriously… we’re biking beside this…. 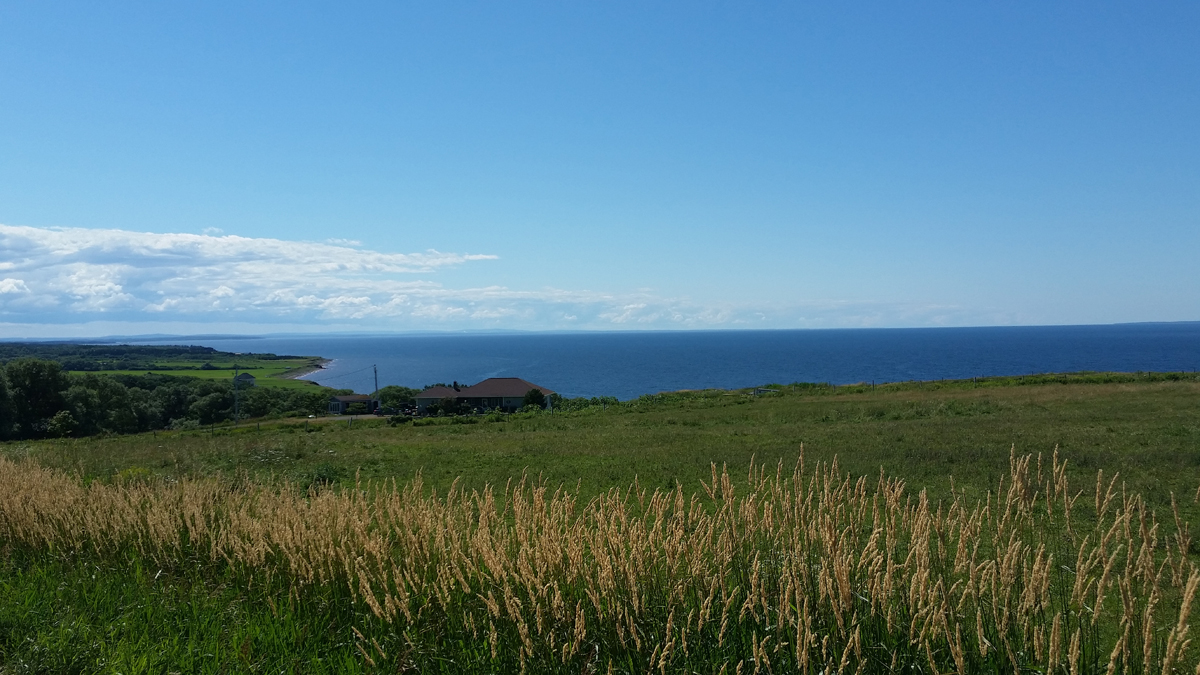 Cresting a hill a few km after crossing onto the mainland from Cape Breton.

Over the last 4 days we’ve done 2 shows, and biked over 200 kms across Nova Scotia.

I don’t wanna oversell it… but we’re kind of killing it over here.

Get how it works??? Here are some lilies and lemons for our last 4 days.

A LILY to my bike for not breaking for four days straight (although I had to get one of the wheels trued again.)
A LILY to Matt at the Antigonish bike shop for being a total champ (the same Matt who drove me back to Port Hawkesbury after the spoke incident of 2015).
A LILY to Geoff for being a super sweet navigator coming out of Port Hawkesbury (even though we all thought he was wrong.)
A LILY to Gary at Gary’s Grocery for making fresh cinnamon buns for us.
A LILY to day 2 of cycling because it’s the only day that no one got hurt (*sigh*)
A LEMON to Wesley’s knee. Apparently bum knees are contagious (although Geoff’s knee is much better so at least it seems to be striking us one at a time.)

FEAR NOT. ALL IS WELL. Wesley pushed through the tough ride from Antigonish to New Glasgow like a pro, but it was clear he needed some medical attention by the time we arrived. A quick trip to the clinic, a cold compress and some anti inflammatories later, the team decided Wesley needed to take a few days off cycling so that we can, well… have a pianist for the next three weeks of touring in Ontario (BUY TICKETS HERE). But he’s doing great, and can’t wait to get back on the bike.

A LILLY to Marcel for driving Wesley and his bike to Truro for us!
A LILY to the rest of Wesley (just cause… but also for biking 20 km on one leg.)
A HUGE LEMONY LEMON: to the detour… the detour that made a long day 15 km longer than it should have been. The detour that brought us on a bad “highway” full of hills. (FACT: hills are so very much harder on cracked pavement.) LEMON LEMON LEMON 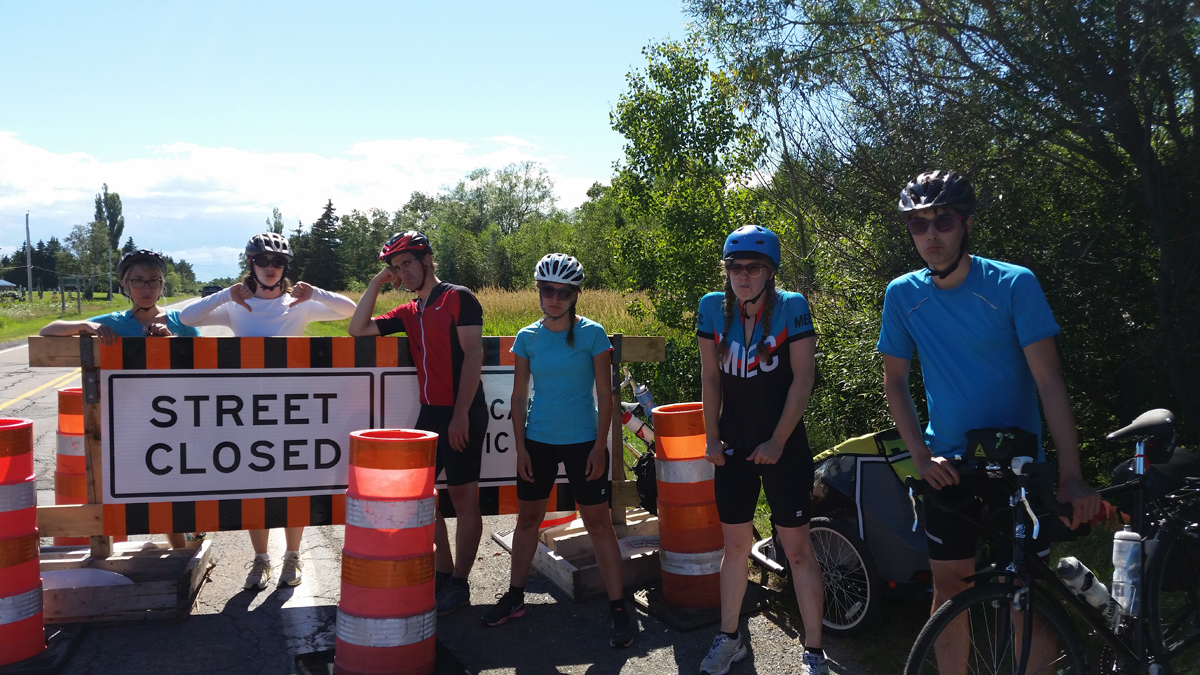 Detour due to construction on the scenic highway. Detouring all around Lismore on terrible roads on the way from Antigonish to New Glasgow? I

A LILY to the Port Hawkesbury Civic Centre for having everything you could possibly want all under one roof.
A LILY to Antigonish (I am super pro-gonish… one of my favourite towns we’ve been through. A seriously quaint university town surrounded by idyllic farm land.)
A LEMON to hills (every hill… down or up… doesn’t matter.)
A LILY To Steph for being a freaking trooper.
A LILY to unexpected bakeries and cafe’s at just the right time in just the right place.
A LILY OF A LEMON to Ellie and her friends for serving the best lemonade in all of Nova Scotia right on our way to New Glasgow! 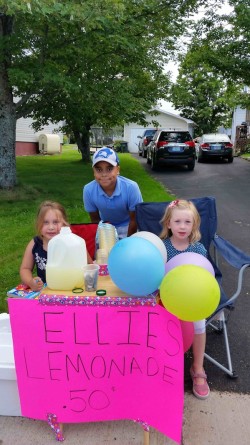 Sweet lemonade stand on the way from Antigonish to New Glasgow

A LILY to all the people who have come out to our shows. You’ve been so warm and generous. It’s been a blast to perform for you.
A HUGE LILY To all of our billets. We have all felt so lucky to be under your roofs for the night (or two.)
A LILY to The Celtic Circle, a seriously cool venue run by a seriously cool woman. BIG SHOUT OUT to Jannine for all the amazing work that you do.
A LEMON to the rain (although kind of a LILY too…. Because it waited to really rain until we were in Truro.)
A LILY to this beautiful province, it’s such a pleasure to travel through it.

THE BIGGEST LILY OF ALL to wonderful colleagues, who are totally killing it on the stage and on the bikes, to lunches beside the ocean, and chats going up those lemony hills. 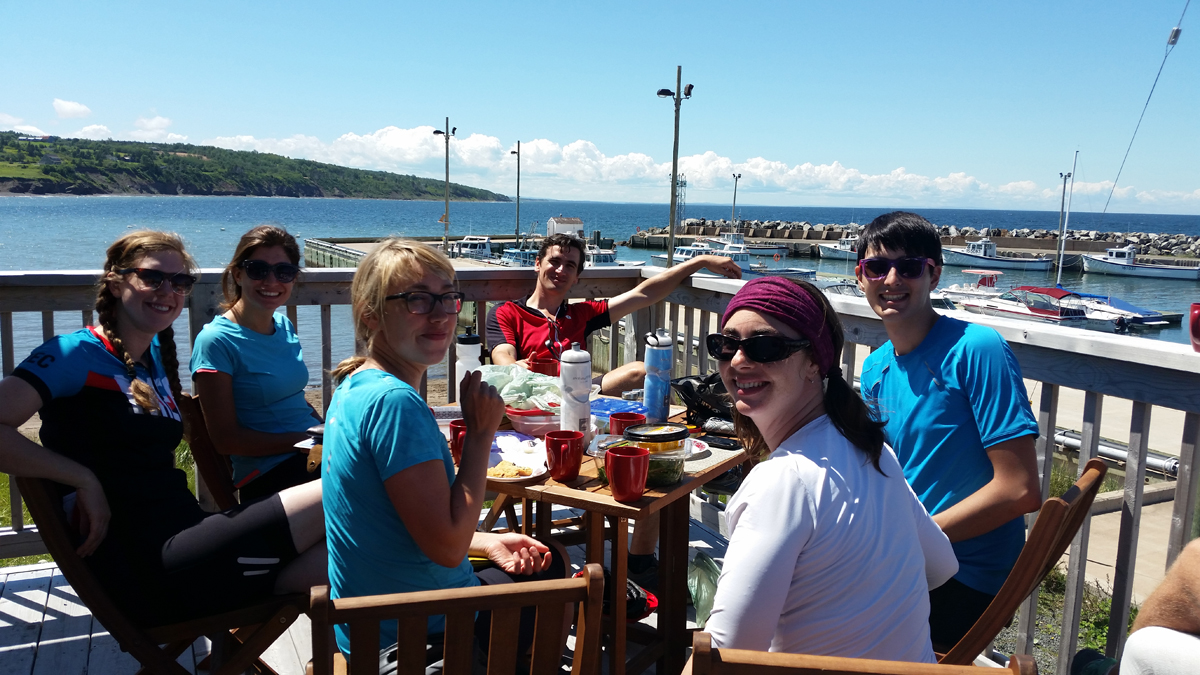 Lunch break at the Lighthouse at Arisaig “Lobster Interpretive Centre”